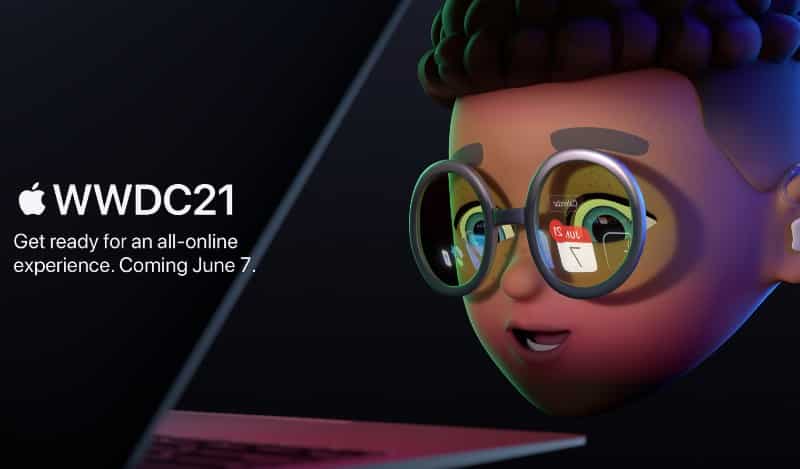 The annual Apple Worldwide Developers Conference (WWDC) is approaching, and the launch of WWDC 2021 is scheduled for June 7. Here we will officially see the following major software updates for iOS, watchOS, etc., for the first time.
Here are the details of the WWDC 2021 dates currently being reviewed by Apple. Like last year, this event will take place online only.
Next, this blog will highlight all the software updates you can expect to see there, from iOS 15 to macOS 12 and up. The final version of these updates will be released later this year, but keep in mind that many of these beta releases may be released on or around WWDC.
In addition to software, new Apple devices may appear. It’s hard to predict, but we have included some of the possibilities below.
What is the duration of WWDC 2021?
Apple has confirmed that WWDC 2021 will run from June 7 to June 11 and that the event will take place entirely online, just like last year. We don’t know the timeline yet, but most of the announcements will probably take place on the first day.
As they always take place in June, these are the same dates we expected ahead of time and usually cover the first full week of June. This means June 7-11 of this year.
What to expect from WWDC 2021
WWDC is all about software and usually shows the next version of all major Apple operating systems. In other words, you don’t need to know much about what comes with each update to get a good idea of what you’re seeing. Here are a few things you can expect.
iOS 15
IOS 15 might be one of the biggest announcements for WWDC 2021, but all that has been heard so far is that you might need an iPhone 7 or later to get the update.
We hope to make updates and improvements to core Apple apps and services like Siri and Maps, but more is unknown at this time. IOS 14 brought some major new features like an app library and home screen widgets, but iOS 15 is also full of fundamental changes or focused on improving what’s already there. We still don’t know if this is the case.
IOS 15 will almost certainly be announced at WWDC 2021, but it should be noted that it may not be available until September. However, it is likely that a developer beta will launch as soon as it is released, followed by a public beta shortly thereafter.
iPadOS 15
In addition to iOS 15, we also expect Apple to announce the iPad OS 15 at WWDC 2021. We haven’t heard anything yet, but based on previous models, it is expected that. ‘it has as many features and improvements as Apple. It’s iOS 15, but there may be some tablet-focused updates.
Like iOS 15, it will launch a developer beta shortly after the announcement, followed by a public beta, which will be fully released in September.
watchOS 8
Cell phones and tablets aren’t the only ones to see new software appear at WWDC 2021. Wearable devices are also set to appear, and watchOS 8 is almost certain to be announced.
There isn’t much information on this yet, but it’s possible that all Apple Watch models running watchOS 7 (i.e. Apple Watch 3 or later) will support watchOS 8.
We’re also hoping for a new watch face, and while the Health app on iOS has a good chance of doing that, that’s just a guess.
tvOS 15
Based on previous models, tvOS 15 will likely appear in WWDC 2021 as well. Especially since the name tvOS was confirmed in the WWDC 2021 date announcement announced by Apple.
According to The Verifier, this could be a redesign, as well as a kids mode with full parental controls and time management tools. However, for now, I’m taking it all with a pinch of salt.
MacOS 12
Apple will likely announce the next generation of macOS software in WWDC, macOS 12. Details on what to expect from now on are light at this point, but like any other released program, it likely won’t affect your PC. in its final form. . Until the end of the year.
New devices
WWDC is mostly about software, but you can also see the hardware in events. There is no real news on what we might see, and there is no guarantee that the device will actually be shown, but some possibilities are the new iPad Pro (which arrived in March). There are rumors that it could be), new Macs, or maybe just new Mac chips.
Conclusion: Here’s what to expect from Apple at WWDC2021
It is expected that Apple will announce iOS 15, iPadOS 15, watchOS 8, macOS 12, and tvOS in the event. In addition, it is expected that Apple will release a beta version for developers to test at WWDC 2021. Additionally, there are new device announcements for developers. The company is in the process of switching to custom silicon processors, so new Macs and iMacs are likely in the works.
Apple could also reveal a mixed reality headset it has been working on for years. But the last word of the company. The company shares additional information through the Apple Developer app, Apple Developer website, or email.