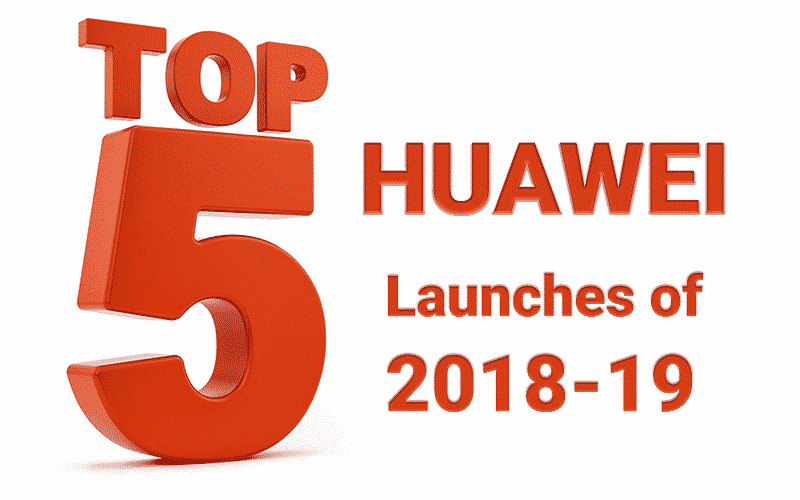 Let us face the fact that Huawei is not the biggest brand we have known in the smartphone world. On the contrary, we can’t even deny that the brand is growing on people and taking the world by storm with several launches it made last year and this year. It is a Chinese brand and with those launches, Huawei has been considered as one of the best smartphone manufacturers today. This proves that the seed grows to be a tree. We should not underestimate that. Having said that, let us not forget that the brand has a few smartphones in its kitty that have elevated the name and fame of the brand. This blog talks about a few phones launched in 2018 and this year that made to the headlines and people’s pocket.

This phone was launched in October 2018. The 64 GB model was priced at 712 pounds whereas the 128 GB model was priced at approximately 790 pounds. The variant is a class in itself with 7nm Kirin 980 chipset. Apart from other standard features, something that is truly mesmerizing about this smartphone is the camera that it comes with. It has three primary cameras for excellent photo quality. The unique selling point is the dew drop display.

Mate 10 Pro is another smartphone to buy in the category of the best Huawei phones. One would buy this smartphone because of its photo quality just like Huawei Mate 20. The phone was launched in the year 2018 at a price of 799 pounds. The screen quality is another interesting feature of this smartphone that one can’t ignore.

The phone was out for the world in September 2018 and has since then been rated as one of the best phones one can have at a price that is reasonable and affordable. The price has been 379 pounds and without a second thought has gained the attention of the people with 24 MP selfie camera. People who like to click their face and post on social media, this phone can be a definite buy.

A smartphone by Huawei that is meant for all income groups is Huawei P Smart. 10th of January 2019 is the date when the phone was officially out for people to buy. The price is 199 pounds and can be purchased to gain more by spending lesser compared to other high-budget phones.

If we talk about the year 2019, it has been a wonderful year for the brand with a number of launches. One of the launches that made to the headlines for all the good reasons is Huawei Mate 20 X. Launched in March 2019, the price was fixed at 799 pounds for people to make the final call. Something alluring about this phone is the size of the phone. It is a huge one compared to other standard sized smartphones. The size works as the unique selling point because of people like watching videos and playing games on phones with bigger screen size. You may feel that it is a bit big in size for all age groups; well there is a bag that almost all of us carry and that gives you the solution. Other features that you may count on are the fingerprint sensor and the battery life. When you are able to use a phone for long hours without any worry adds to the speciality of the phone.

These were the phones that we feel are some of the phones by Huawei that should go into your pocket if you are planning to deviate from the conventional brands of phones that you have been using. Remember, even Samsung and Apple were new names in the smartphone business. What is the result now? They are two giants in the business that have tough competition every year. Choosing a new brand may be tricky as we have been loyal all this while with a particular brand. What can be a problem is not trusting the brand when we needed to. This was Huawei smartphones at a glance for the year 2018-19.