OnePlus 7 Release: Things You Need to Know about It 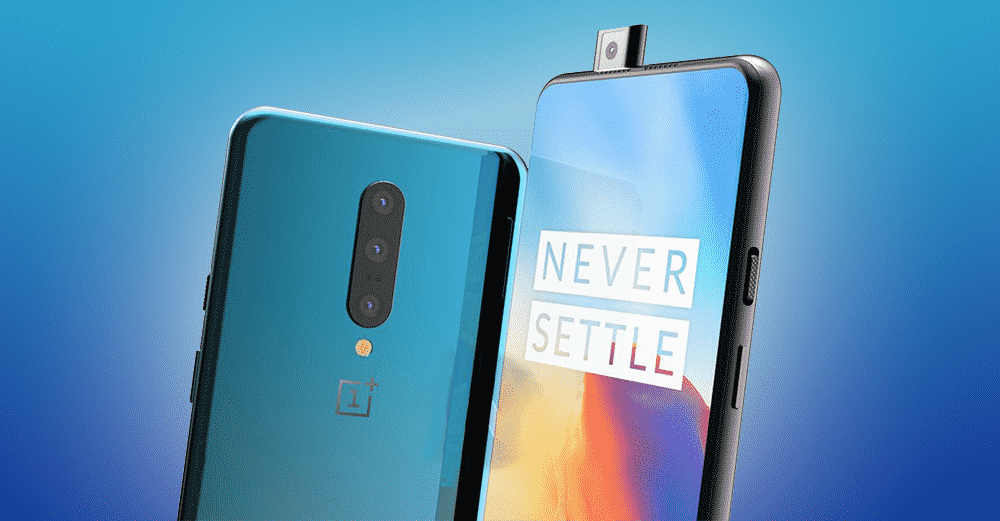 OnePlus 7 Release: Things You Need to Know about It

OnePlus has been reigning the smartphone market for quite some time now. It has been following its trend to release a new phone every year. Just like each year, 2019 would also witness the biggest launch in the smartphone industry, i.e. OnePlus 7. The company has officially released the launch date to be 14 May, and this is now big news for all the OnePlus lovers. So, if you have been waiting for long to change your old smartphone to the new OnePlus 7; it is time you get ready in a couple of weeks and get your hands on the brand-new OnePlus 7. However, before you make your mind to buy OnePlus 7; it is essential to know a few details about it.

It is vital for you to know about the price of OnePlus 7 so that you can decide to buy it and make an arrangement about the cost. But the final price is not yet out in the open. It would be confirmed only on the launch date which would be available worldwide. The price will be higher than the current OnePlus 6T but not to a large extent as we look at the history of OnePlus.

OnePlus 7 and 7Pro would have a 5G enables network which would be the first of its kind in smartphone technology. With the 5G technology; you would need a higher specification, and this means that you would also have a high RAM configuration. The current version has 6Gb/128GB; 8GB/256GB variants and the new OnePlus 7 and 7Pro would have 12GB/256GB configuration as well. The display would be 6.7 inches which would help in better viewing of videos and camera pictures.

It would come with a QHD+ resolution and a 90 Hz refresh rate and 19.5:9 aspect ratio. The camera would have three lenses at the rear with 48 megapixels to be the primary camera with f/1.6 aperture. The 8 megapixels telephoto lens would have an f/2.4 aperture and a 3X zoom capability. The third lens would have a 16 megapixel wide angle along with f/2.2 aperture. 117 degrees of field view would be just amazing to watch out for.

The battery is something very important for any good phone to function well. 4000 mAh battery is the best way to keep the phone alive always and use it to the core. The charging support would be 30W which would give it a wrap charge. The fingerprint scanner would still be the same just like the OnePlus 6T. You would get the new OnePlus 7 and 7Pro in Blue, Brown and Grey colours apart from the regular black.

Difference between OnePlus 7 and 7 Pro

It should be interesting for the fan followers of OnePlus. It would be the significant differences that you would see ever since OnePlus has launched two versions of the same phone. Though most of the features would remain the same; there are small highlights that would help the OnePlus 7 sway away from the general category of smartphones. The significant specifications would be identical. Just that you would be able to see the main differences. The camera looks to be similar with a few changes to the camera for starters. The charging would be lower with 3700 mAh and would back it by a 20W chargers. OnePlus 7 would have a waterdrop notch whereas the OnePlus 7 Pro would have a pop-up selfie camera which is the first of its kind based on the competitors. OnePlus has also tried to come up with headphones for this year. Though the old OnePlus phones would not have an earphone with the phone, OnePlus has come up with the Bullet wireless 2 earbuds that could work like its competitors. But there is not much clarity about it yet. Once the phone is launched in the market, only then would you come to know about the all-new OnePlus 7 and 7Pro. Any other information would be possible when the OnePlus 7 and 7Pro would debut in the market. Until then you can watch the video of the OnePlus 7 and understand what is in store for you this year on the 14th May.