Nokia 9 PureView: Know more about it than just the Five Cameras 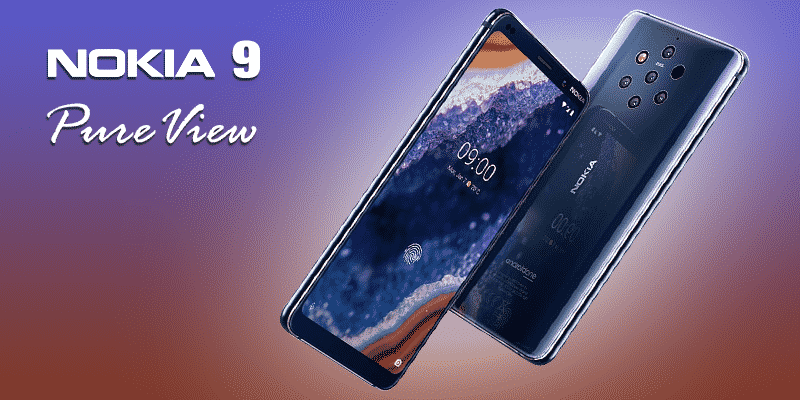 Nokia 9 PureView: Know more about it than just the Five Cameras

The month of February has been pretty cool for those who have been waiting to know about new smartphone releases. Not just Samsung, Vivo or Mi but Nokia has also come along with one of the best phones so far. Nokia 9 PureView is the flagship and has more features than one could have anticipated. The announcement was made in February and people have been eagerly waiting since then. The special feature that has attracted the world is the five cameras. Don’t settle there, there is more to the specs and features that you might want to know. Continue reading the blog and open Pandora’s Box.

The display of the smartphone is 5.9 inches which are big enough for great user experience. It is not as huge as other brands such as 6.1 or 6.5; however, it is not too small at the same time. The screen display is a handy one that makes many people choose the smartphone. It can easily slide through anyone’s pocket; be it a man or a woman carrying it. The dimension of the phone is 155x75x8. In proportion to the dimension is the weight of the phone which is 172 grams. The display has a touch screen which is the need for the generation of course.

The RAM that the smartphone comes with is 6 GB. The storage, on the other hand, is 128 GB which is in competition with other smartphones getting launched off late. The RAM capacity is what will make the smartphone work smoothly even in adversities. The storage will ensure that none of your data is lost or misplaced as it is accommodating and larger in space. Everyone these days looks for storage that can make life simple with not many gadgets to be carried. Nokia 9 PureView is one of them. For those that want more storage than 128 GB will face disappointment as there is no room for expansion.

The hue and cry about the camera are not false. Yes, it has five rear cameras in total. The smartphone Nokia 9 PureView has five rear cameras and one front camera. Each of the rear cameras is 12 MP while the front camera is 20 MP. This is news for those who are fond of clicking photos wherever they are. The quality of the photo that you will get will be worth spending your money on. After you own this phone, you may not have the need to carry a professional camera which has weight. Hence, it won’t be wrong to say that you have a light-weight DSLR camera at a nominal cost and immense mobility.

Rest features are quite the same just like any other smartphones. It comes with dual sim card slots, both can accommodate only Nano-Sim. The fingerprint sensor and face sensor come as unique selling points. The phone’s display is well-protected with the usage of Gorilla glass that is tough and strong enough for a mess.

Nokia has once again come to hit the nail and show that it had been a brand that presented excellence and it shall continue to be one. No matter how many brands come and steal the show in the market, there are Nokia consumers who like to stick by the brand and trust no other brand. The battery life that Nokia has always guaranteed is another addition to this smartphone Nokia 9 PureView. The battery is Li-Pro with 3320 mAh.

We hope that the phone will take the world by storm with its amazing look and least anticipated features example being five rear cameras. We are surprised and we will definitely see people going head over heels for the new launch. We are in awe about the feature and we are sure about your emotion too.