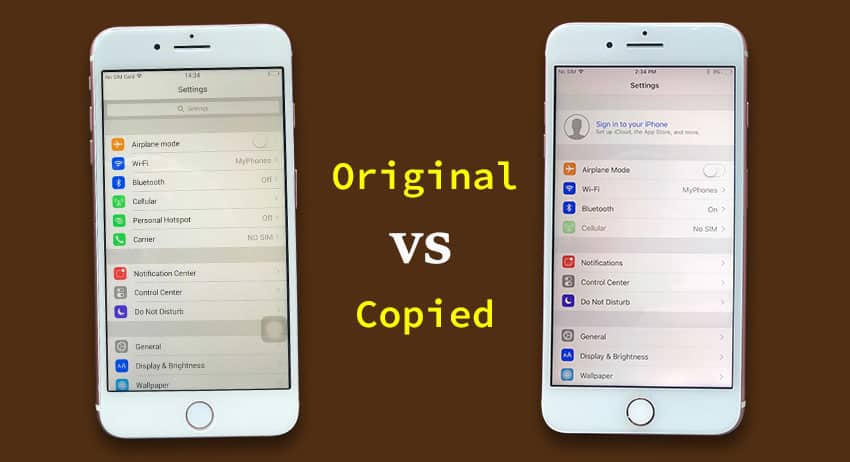 The original ones contain the LCD which are manufactured by Apple Company; the fake ones are the compatible replacements. But they completely depend on how the third-party designs them. Most off the fake iPhone screens are found in China. Follow the guide below and get to know the thin line of difference between the fake screens of iPhone and the original ones:

What to expect from the mobile service providers?

There are a lot of things that directly depend on your mobile service provider. If you choose a decent service provider, then you can avail quality service and that too at a reasonable cost. Make sure that the services you seek are met by the ones who can be relied on.

Many companies ask their clients whether they would like to replace their screen or battery or any other part of their smartphone or iPhone with the original part or not whereas on the other hand there are even some service providers who just replace it with a fake part. Thus you must take the service from an authorized iPhone and mac repair centre, or else you take the services from a reliable source.

What difference can be observed?

Many differences can be observed. The difference is there in the quality of the screen. This is not at all a matter of surprise that the photos show up a huge difference in the real screen and the fake screen. The brightness of the copy has a brightness which quite lower than that of the original ones.

Few small issues are observable, and they create huge issues in the long run. The real iPhone screen is quite long-lasting as the fake ones tend to break quite easily in the day to day use. The fake ones are badly engineered, and most of them are manufactured in Chinese companies. Thus, changes in specification can be noted.

Hence, in this way, one can get to know whether the screen replaces an original one or a fake one. The fake screens are compatible with the iPhones, but Apple Company does not manufacture them. This is completely depending on the service providers we choose. But some service providers are transparent enough for the customers. They even give the customers with the choices to choose one screen among both the real and the fake ones.

It is always recommended that people must go for the real one. The difference in the price is not much, but one can avail the classic quality which cannot be availed preferring the fake ones. You can never bet on the accidents. The quality is the fare difference that can be observed. People’s attention must be drawn towards the issue of hiring unprofessional service providers for mobile reparations.