Finally, Samsung has unleashed the most speculated smartphone of the year, Samsung Galaxy Note 8, which was officially launched in August 2017. When it comes to most capable smartphones available in the market, surely Note 8 will be on the top of the list. It is also one of the best-looking smartphones but the size of it might be the problem for some consumers as it comes with gigantic 6.30 inches screen. Earlier this year, Samsung revealed the new concept of infinity display in their new Galaxy S8 and they continued the same trend with Note 8 as well. The front of the Note 8 is solely dominated by glass, with the curved infinity screen which adds to the looks of the smartphone as it looks stunning in the hand.

Specifications and features of Galaxy Note 8 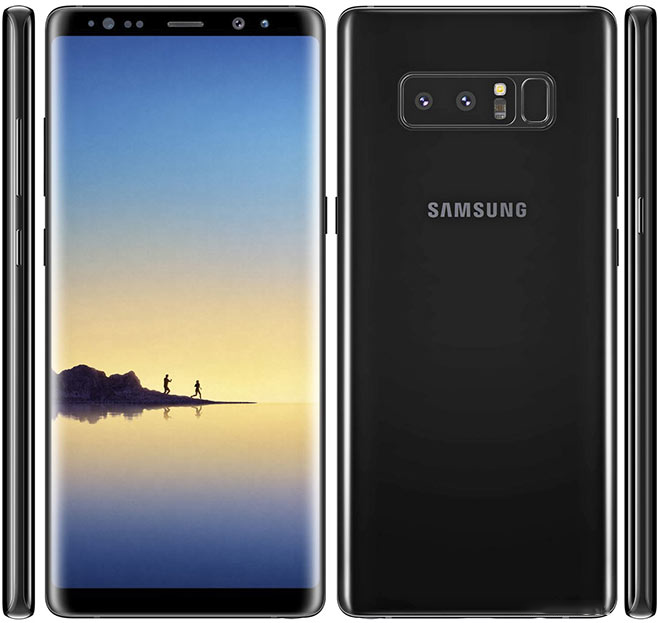 The screen is one of the best features of the phone as it is a full touchscreen display of 6.30 inches that comes with a resolution of 1440 pixels by 2860 pixels. The vibrancy of infinity display provides the most realistic pictures which are protected by Corning gorilla glass 5.

The monster is powered by Qualcomm MSM8998 Snapdragon 835 with an octa-core-EMEA and Exynos 8895 Octa-EMEA. At the time of the purchase, the smartphone comes with the latest Android 7.1.1 (Nougat) which is upgradable to Android Oreo, the latest platform released by Google in the month of August.

Note 8 comes in three different variants depending on the internal storage of the smartphone but all the variants are backed up by 8GB of RAM. The options are 64GB, 128GB, and 256GB with an expandable memory of 256GB. Recently, most of the smartphones which have been launched are offering the 6GB RAM support that allows swift transitions while performing multitasking on the smartphone.

The quality of the offered camera is one of the most talked points of the smartphone as the primary camera is kept to 12MP which comes with dual flash and optical zoom. It also comes with 4k recording option which can be altered to 2160p @ 30fps, 1080p @ 60fps, 720p @ 240fps, HDR, and dual-video recording. The secondary camera is 8MP with auto HDR and 1440p @ 30fps options. All other features like geo-tagging, face detection, smile detection, and panorama have contributed to the attributes of the camera. 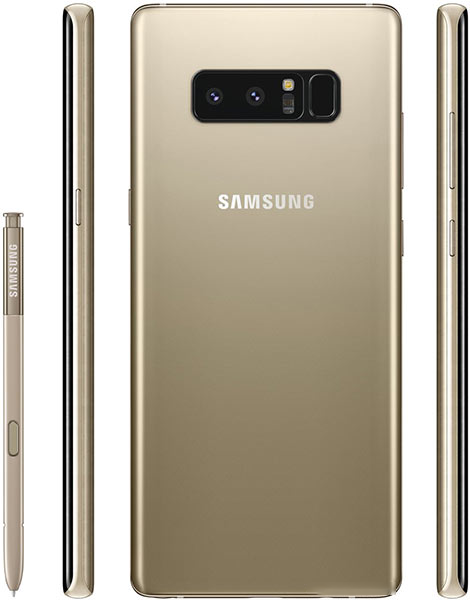 When it comes to providing the life to the smartphone, it is powered by non-removable Li-ion 3300 mAh battery which offers 22 hours of talk time and up to 72 hours of music played on the smartphone as per the company norms. Note 8 is also equipped with the fast charging option that can charge your smartphone that can last for 5 to 6 hours in just 30 minutes of charging.

The smartphone is also IP68 certified that makes it dust and water proof under certain density and it also loaded with the latest Samsung Pay application which is also certified by Visa and MasterCard. Samsung is also considering joining hands with other smartphone manufacturers in order to launch the same application in almost all the smartphones and making transactions cashless. It also comes with Samsung Desktop experience that allows you to change your smartphone into your personal computer and perform basic operations. Wireless charging option is also offered with the smartphone which is market dependent.

Note 8 comes in four different colours to choose from, Midnight black, maple gold, orchid grey, and deep sea blue which are quite similar to colour options of Galaxy 8. The price of the first variant is kept to approximately 870 GBP which will increase with the storage options.